WHITBY, ON. (March 6, 2017) – For the third year in a row, 360insights has been named one of Canada’s best places to work for Canadian women, landing at number eight on the list for a second year straight, following 2015’s number twenty three slot. The announcement, made this morning by Canada’s Great Place To Work Institute, comes just two days in advance of International Women’s Day.

“Over my career, I have been privileged to work with other organizations who are also featured on this list,” says Jennifer Bell, 360’s VP of Marketing. “In my recent search and transition to this next stage of my career, it was very clear to me that 360 is not just a market leader, or an amazing place to work, but also a values-driven company that provides incredible career opportunities for women.” Bell is a twenty year veteran of the stereotypically male-dominated technology business and founder/member of several #womenintech discussion/networking groups in the GTA. Of her research prior to joining 360, she adds “I was heartened to see that not only does 360 employ over 54% women, but those roles include duties in Operations Management, IT Infrastructure and jobs in Development, actually building 360’s software product.”

As a starting point, to win a Great Place To Work For Canadian Women™ award, the employees surveyed at the organizations on the winners list had a minimum 90% positive response to the statement “I am treated fairly regardless of my gender”. Other elements that weigh heavily in the research include family friendliness of the organization and flexibility. “Though a flexible workplace should be important for both women and men, women are still shouldering the lion’s share of responsibility at home, so work-life balance is a primary motivator in selecting an employer,” according to today’s report.

“The will to be a great place to work is very strong all the way to the highest levels at 360insights,” adds Bell. “And that will is consistently underpinned by new measures to make 360 even better for women and for everyone.”

Note: the article has been updated to reflect the fact that this was, in fact, 360insight’ third year of winning this award. 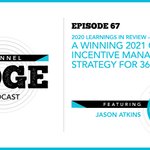 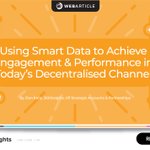 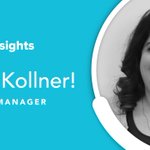