In celebration of International Women’s Day 2019, 360insights recognizes two of the most influential women of the channel; Meaghan Sullivan Head of Global Partner Marketing at SAP and Diane Krakora Channel & Alliance Partner Development Principal at PartnerPath. Their personal success stories and the challenges that they have faced as women in tech rising through the ranks, are shared in this post. Also included are a few words of wisdom for channel professionals, both male and female, looking to shake their own tree and blaze a trail for all those who follow.

From Hired Gun to Entrepreneur: Influential Women in Tech

Meaghan Sullivan (@MeaghanSV), a key contributor in the channel world is currently responsible for the Global General Business and Channels organization at SAP. Her tenure there, along with other senior leadership roles at Hewlett Packard (HP) and Motorola has allowed her the opportunity to interact with some of the best and brightest men and women in channel sales and marketing. It has also allowed her to have a direct impact on the growth and development of early talent entering the workforce, and those who are looking to break into the tech industry.

Diane Krakora is Channel & Alliance Partner Development Principal and owner of PartnerPath Consulting.  Twenty years ago, she decided to strike out on her own and take control over her life and career and achieve more work-life balance. This decision was not based on the fact that she was married or a mother. At the time, neither of these two things were true. She also wanted to learn about new technologies and develop skills that she had not yet mastered.

With support from her father who believed in her goal of starting her own consulting firm, Diane took three months of living expenses, gave her notice and started selling anything that was channel focused. Within two weeks, she won her first client and has never looked back at a corporate gig!

This year, the IWD 2019 campaign theme, #BalanceforBetter is a call-to-action for driving gender balance across the world. It is a global campaign that runs all-year round and provides a unified direction with continuous activity that is amplified throughout the year.

Closing in On the Gender Inequality Gap

Meaghan is a firm believer in closing the gender inequality gap at the executive level and is a huge advocate of influential women of the channel who have achieved top roles in channel sales, marketing and operations.  She is extremely happy and fortunate to have had the opportunity to expand her career over the years and is highly regarded as a strong role model to her staff, colleagues, and family. However, Meaghan still thinks there is a long way to go for many first world employers, including those in Canada and in the United States, who need to further equalize the male-female ratio at the boardroom level. She explains, “It’s sad that we are at a time in our lives where we still need to have lengthy conversations about driving towards a more gender-balanced world.”

The individual successes of women and societal milestones are the things that Diane thinks we should all spend more time celebrating. We don’t spend enough time rewarding our successes. This doesn’t mean we have to do it with bravado and alternative facts — but rather, with satisfaction and pride. In her words, “we’ve come a long way, baby” in closing the gender inequality gap.

Having it All: Trailblazers Who Challenge Bias

According to a 2018 data analysis report by the corporate governance firm, Institutional Shareholder Services, women made up 31 percent of new board directors at 3,000 of the largest publicly traded U.S. companies, from January to May of last year. This research indicates that this is the highest percentage of female board seats in at least a decade. Yet, this increase in female board representation is not all that surprising, considering the growing statistic that diverse boards, helps to improve business performance.

The Long Game Counts More Than the Short Game

Times were slightly different when Meaghan first started out. She wanted to “have it all”, but understood the necessity of staying home as well. She considered the tradeoff between putting her work on hold and spending more time with her family. As a result, she believes the small sacrifices made earlier on, helped to propel her career further up the corporate ladder. She completely supports and admires women who can pursue their professional dreams as well as successfully manage responsibilities at home. According to Meaghan, at the end of the day what really counts most, is the “long game, not the short game”.

Not Enough Women in Leadership Roles

Diane believes that we still don’t have enough women in leadership roles today. She asks the question, “What would the world look like if the tables were turned and we had 51% women leaders?” Women tend to lead differently than men do and if women are encouraged to use their collaborative and communicative skills in the workplace, the world would be a completely different place. If tables were to turn, female leaders would feel more comfortable being who they are and leading naturally.

On the Path to Shaking Their Own Tree

Meaghan sees herself as a “quiet feminist”; powerful but also super feminine at the same time. She encourages her female counterparts to make their own career choices regardless of age, education or stage in their lives. Having financial security and being able to stand on your own is a gift that she believes self-sufficient women all over the world should be most proud of. However, it’s also important to appreciate those around you who support the journey along the way; men included. Meaghan works with a lot of men on her team at SAP who are strong advocates and key supporters of the accomplishments that women are making in channel sales and marketing. She explains, “We often forget to talk about the role that men play in our lives by helping to further move the needle on gender equality.”

It’s All About Leveling Up

The path to achieving success in the channel doesn’t actually include one main ingredient. Instead, different meaningful choices and actions if done with a sense of professionalism, can enable women to reach and maintain their seat at the executive table. The one piece of advice that Meaghan recommends however for both men and women pursuing leadership positions, is to think and act one level up. Leveling up can help you to be taken more seriously, especially when contributing to making impactful business decisions. It’s also a great way to establish yourself with senior management and open new doors to the lines of succession. Check out our Channel Edge podcast episode 17 where Meaghan Sullivan provides more insightful words of advice and leadership tips for women to be successful in the channel.

Find a Mentor, Be a Mentor and Specialize

The ability and willingness for women leaders to be mentors and take on that next generation of female leaders is key.  In terms of passing the baton and sharing best practices Diane believes in supporting and encouraging young talent.  One of the things she learned earlier on, is to pick your “niche”.  Diane’s advice to all those looking to become entrepreneurs or stay on the corporate path, is to know what you’re really good at.  People hire specialists not generalists.  Determine what it is that you’re really good at and let employers know how good you are at doing it.

IWD Celebrates the Achievements of Women

International Women’s Day is celebrated on March 8th every year as a way of commemorating the movement for women’s rights.  After women gained suffrage in Soviet Russia in 1917, March 8th became a national holiday there. Today, International Women’s Day is recognized as a public holiday in some countries but is often ignored elsewhere.  In some places, it is a day of protest and in others, it is a day that celebrates womanhood.

Since it’s inception well over a century ago, International Women’s Day is hailed as a global day celebrating the social, cultural, and political achievements of women and challenges bias. The day also marks the call to action for accelerating gender parity. Over the years, IWD campaign themes have varied, ranging from ending poverty, hunger and violence against women, to promoting equality, progress and empowerment.  In 2017, the theme for IWD was focused on Women in the Changing World of Work, and in 2018, the impact of rural and urban activism on the transformation of women’s lives came to the forefront with the Time is Now discussion and the #MeToo Movement.

Female Tech Leaders Who Are Moving the Dial

On October 1, 2018, California became the first state to require its publicly held corporations to include women on their boards. The new legislation applies to companies whose principal executive offices are in California to have at least one woman on their boards by the end of 2019. This push we are seeing is not only to diversify companies at the executive level, but also in the boardroom.  Experienced and professional women in the channel, like Meaghan and Diane, are helping to move the dial on gender-balance by celebrating the achievements of their peers and female leaders around the world, who are reaching and already at the boardroom level.

The Race to Executive Level Gender Balance is On

Gender balance is essential for economies and communities to thrive. It is an extremely important and relevant topic for women, like Meaghan and Diane, who work in tech and have achieved leadership roles in the channel industry. Yet, balance is not solely a women’s issue, it is a business issue as well, and the momentum towards building more gender-balance at the executive level is finally on!  Are you ready to make a difference and join the race?

Want to hear more compelling stories from these powerful women in the channel?

Don’t miss our exclusive live webcast in celebration of International Women’s Day 2019 on Friday March 8th @ 3pm EST .  Join @Steven Kellam, 360insights VP of Global Alliances in a live-to-web panel discussion with @MeaghanSV and @Diane where these two female leaders in tech will discuss some of the obstacles, set-backs and triumphs they have experienced throughout their exciting careers.

Data indicate it’s a tale of two channels when it comes to digital transformation as we move through the Covid-19 pandemic. Our latest podcast unpacks this and explores the way forward. 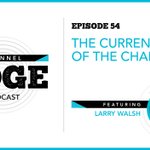 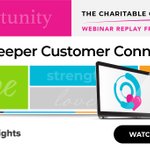 We are aware of the allegations made about the Whitby Chamber of Commerce and are in close communication with their leadership as we await the results of their internal investigation [...]

The rest of this statement can be found on our Facebook page:
https://okt.to/kjbIPF

Retail is back! Which incentives will smart retail leaders use to help guide, enable and support them to win big on the upswing? Steven Kellam shares some insight in his latest blog post. 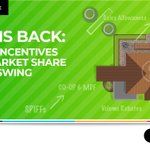 Today is the day! Remember to tune in https://okt.to/y8lAiP to our live #webinar re: The Charitable Giving Solution at 2:00pm ET. #beyondgiving 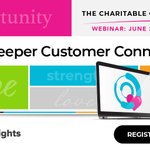